Is there DNA testing For ethnicity? Genetic testing is a personal decision. In fact, it is for those people who have an interest in learning their lineage through male and female ancestral lines. Although it is exciting to know your ethnic background and its mix, the decision to get the test done can be a bit confusing and complex. Nonetheless, by hiring the right DNA testing company, you will get accurate results. Bear in mind that you should consult a genetic counselor to help you learn the emotional and psychological effects of knowing your true lineage.

Often, people find results that are far from their expectations. Hence, it overwhelms them to know their true lineage and ethnic mix. Still, you should know that living in the present, learning about your ancestors is just about studying genealogy. Having an ancestral line that you wish you didn’t have doesn’t impact who you are today.

So, let’s get to the main question: Can you test for ethnicity?

What is DNA Testing?

Genetic testing is also DNA testing, which involves observing any changes or alterations in the proteins, genes, or chromosomes of a person. This medical test can help rule out the chances of developing a serious or acute genetic condition. Furthermore, genetic testing reveals if you have any genetic mutation that you may pass down to your children. This is important because many couples and families rely on such data to plan their pregnancies.

This is what typical genetic testing, also used for genetic ancestry testing, looks to identify:

Genetic testing can identify changes that occur in the activity levels of any enzymes or proteins. These abnormalities indicate any changes in the DNA, which might lead to the development of genetic disorders.

Genetic mutations are responsible for increasing a person’s chance of developing and experiencing genetic disorders. Experts can study these genetic mutations through gene tests that help them learn the DNA sequences of an individual.

Chromosome tests are genetic tests that analyze and evaluate the changes (if any) on the long DNA strands or entire chromosomes. Often, changes to these two features of DNA sequences and genetic order can lead to developing genetic conditions in a person.

Why should you perform DNA testing (genetic testing), if not for legal reasons, such as immigration and determining paternity/maternity for child custody? Test results can affect the level of comfort and relief a person might have. In case of suspecting a disease through genetic disorders, a negative test report might relieve the individual. What’s more, they may not require additional checkups and incur unnecessary health care expenses.

Y-chromosomes are exclusive to males. This means that a man can determine his ethnicity mix directly through his male ancestral line. Moreover, y-chromosomes pass down from father to son, like the surname. Therefore, there are speculations and attempts to find any DNA matches between families with the same surname.

SNPs tests include evaluating a huge proportion of genetic variations in the entire genome structure of an individual. Experts compare your test results with the test results of those who have already undertaken the SNP testing. This helps individuals reveal their ethnic background mix by finding DNA matches in other people’s test results. It is better than other ethnicity and ancestry lineage determining tests because it provides an overall estimate of an individual’s ethnic background and mixes. 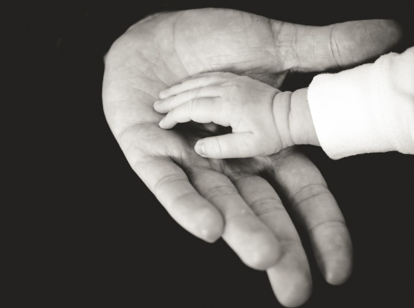 Mitochondria are the powerhouse of a cell that produces proteins. While there is DNA in the nucleus of every cell, mitochondria carry their own form of DNA strands which provide them instructions. You should know that mitochondria DNA isn’t exclusive to females. However, they do pass down solely from a female ancestor, which means that they are a suitable way of finding your ethnic background through your female ancestral lines.

With AB DNA Testing Services, you can have peace of mind, as we are AABB-accredited, use modern equipment, have standard procedures, and employ friendly and professional staff.

DNA refers to the deoxyribonucleic acid molecule, which contains vital instructions and data for organisms to develop. Nearly all living organisms have some type of DNA that guides the growth of their body through development and reproduction. DNA contains essential living information and is present inside nearly every cell, which passes down from generation to generation. 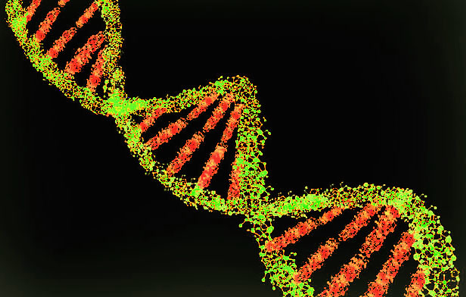 From a medical point of view, DNA testing allows solving multiple problems relating to paternity, biological identifications, lineage, and ancestry. From a scientific point of view, the studies on DNA have developed comprehensible concepts that enhance the learning of human biology. So, let’s discuss in detail what DNA is.

It is a molecule (biomolecule), deoxyribonucleic, that contains genetic information specific to every organism. Whether it’s plants, bacteria, or humans, all comprise essential DNA information which is the foundation of our growth. Because DNA is hereditary, it passes down to generations, which enables the identification and detection of ancestry and lineage. In simple words, our genes contain the genetic material that defines who we are. All our physical traits, including height, shape, size, color, and more, is present in our genes as a form of hereditary information (codes).

A single gene refers to an individual length of DNA that is responsible for coding a particular protein. For example, one gene is responsible for the hormones that regulate blood sugar levels in your body. Thus, it codes the protein “insulin.” In particular, a human has around 30,000 genes in total. What’s more interesting is that our genes account for a mere 3% of our entire DNA, while the remaining DNA isn’t easily understandable yet. Experts believe that DNA has key functions, which include translation and transcription regulation.

What is the Structure of DNA?

DNA consists of nucleotides which are biomolecules. Each of these contains a sugar group, nitrogen base, and phosphate group. The four complex types of nitrogen bases that make up the DNA include thymine (T), guanine (G), cytosine (C), and adenine (A).

Normally, the nucleotides can join together to form two combined, long strands that create a spiral structure. Experts refer to it as a “double helix.” In the ladder-like double helix structure, experts suggest that we assume the sides to be sugar molecules and phosphate. Also, we regard the base pairs as rungs. In general, the bases of a single strand pair with the bases of another strand. Despite the size of a single DNA strand, an average human can contain over 3 million base pairs. In addition, nearly 99 percent of such DNA bases are identical in every human.

What are the Primary Functions of DNA?

Every single cell in our body has the same type and form of DNA. However, each DNA still performs different functions for each cell and makes every organ behave distinctively. It is due to the gene expression, which refers to DNA as “traffic regulators” that actively instruct the cells to produce specific proteins.

Since we were talking about base pairs and genes, you should remember that four major bases of DNA organize themselves into genes, i.e., A, G, T, and C. The labels of the nitrogen base on your DNA are the language through which we comprehend and study genes. The genes’ codes base decides which proteins and amino acids to produce. Bear in mind that these are the vital functional and structural units of a cell. Overall, this process of forming and coding proteins is “transcription.” 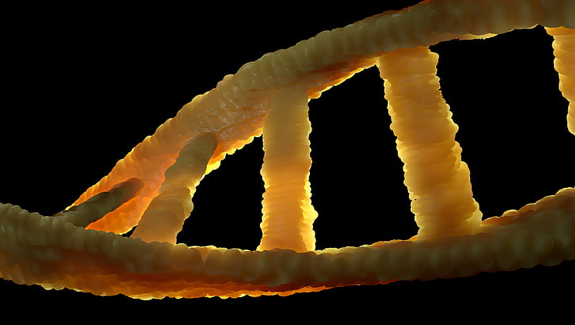 It is a fact that both DNA strands house identical genetic information. However, DNA replication is highly necessary for our bodies to develop/function accordingly and pass the information down to the follow-up generation. Without this process through base pair sequences, it becomes impossible to produce the same type, form, and specification of DNA molecules that pass down as hereditary information.

Why is DNA Testing Important?

Firstly, DNA testing is essential because there are instances in some people’s life where they want to inquire and learn more about their lineage (heritage). DNA testing can often reveal critical biological data such as gene information, which may hint towards a higher risk of contracting certain diseases. Additionally, DNA testing helps in diagnosing genetic disorders. This occurs when a person contains genetically mutated DNA. Learning whether you are a carrier of any genetic mutation can predict the chances of your children having the same conditions in the future as well. Moreover, genetic testing helps identify if a person is at risk of experiencing a genetic disorder.

For instance, one sort of gene mutation related to the BRCA2 and BRCA1 genes significantly raises the chances of experiencing ovarian or breast cancers. Therefore, DNA testing can reveal valuable data and point out if a person is susceptible to likely diseases for all the gene mutations they carry.

What Is DNA: Conclusion

If you are searching for the best DNA testing and care support, you should contact AB DNA Testing Services today. We have experts with years of experience in performing different types of DNA testing.

Give us a call at 718-701-0292 to schedule a meeting with one of the experts from AB DNA Testing. We can answer all your questions regarding paternity, maternity, deceased paternity, forensic, and other types of DNA testing.