Have you ever wondered how the chemical constitutions of your bodywork? The simple thought of how your body came into existence and transformed into its current shape is truly intriguing. Genes play a major role in this, but do you know how they work? They form a part of our cells and are passed on along generations. Let’s get into some interesting facts and knowledge about genes in human bodies.

Scientists around the world are exploring a wide array of studies regarding genes. More specifically, they are exploring the chemical constitutions, functions, and transformations of genes as there’s always a lot to learn. However, you should start with two simple questions: What are genes? How do genes work?

Genes are simply a manual that guides and provides instructions to your body. Genes exist inside the DNA molecules that are present in each and every cell of your body. Did you know that your body contains over 20,000 genes?!

Genes, minor sections of the DNA, instruct the cells in your body to manufacture “proteins.” Proteins maintain your body’s physical health while performing several tasks according to their gene instructions. Every gene has specific instructions for different parts (or cells) of your body. For example, a variant of a gene determines various bodily features. These can include factors like height, hair color, face shape, eye color, etc.

Chemical Constitutions and Structure of Genes

What is the chemical composition and structuring of genes, and what makes them capable of determining your physical features? A DNA molecule is constituted of base chemicals (small chemicals that range in millions) that act as building blocks for bodily features. Essentially, there are four common types of DNA bases: G, T, C, A.

Consequently, the small sections of DNA, i.e., genes, contain varying sequences of the four common types of bases. Despite that, they vary in size from person to person. Moreover, you found out that the human body has over 20,000 genes. But did you know that those genes may have over 3 billion bases?!

How Do Genes Work In The Human Body?

Some of you may know what genes are and what they do. Conversely, not everyone is aware of how genes work. Genes are similar to blueprints that compose a building’s construction. Well, in this case, the blueprints are genes, and the building is your body.

In reality, genes are an absolute recipe to create the proteins that your body requires. They play a role in carrying nerve signals, making bones, muscles, eye color, hair color, and so much more. The list might seem endless because it is. Did you know that your body has a composition of proteins around 80,000- 400,000? 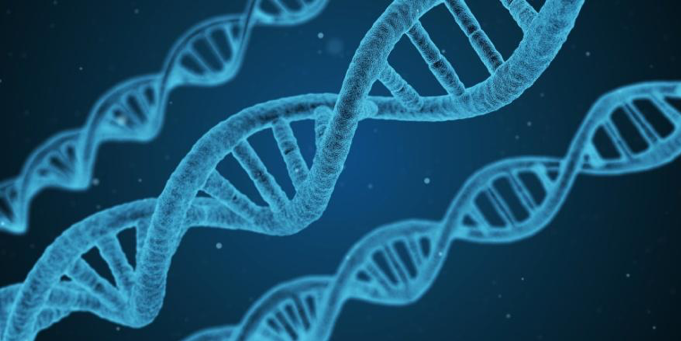 For starters, some of the simple and most essential body functions require proteins. These functions include digestion, immunity, motion, circulation, cells’ communication, etc. So, how do genes entail the production of these heavy-lifting proteins then?

Let’s start in simple words. Firstly, DNA is a strand, a long one, comprising nucleotides. Secondly, the genes do not directly produce proteins. Rather, they provide instructions to special proteins, i.e., the enzymes, which work toward producing essential proteins.

Enzymes transcribe the codes and specific instructions from the DNA and, consequently, generate a strand called RNA (mRNA) using the DNA’s template. Subsequently, mRNA leaves the nucleus of the cell to travel to the protein housed in the cell (ribosome). From there, it will instruct the production of specific proteins within your body.

Do you wonder what makes your physical features unique among other people? Well, the answer lies in the dual copies of every single gene in your body. Altogether, only 1 percent of the entire genes in your body are distinct from those of other people. Conversely, one of the gene copies comes through inheritance from your parents/ ancestors.

It is common knowledge that all living things originate from a common ancestor. Likewise, animals, humans, and other organisms contain resembling molecules that often perform similar tasks. Scientists and genome researchers are pursuing ways to find similarities and differentiate between multiple forms of genes.

Give us a call to schedule an appointment and discuss our services. Visit our website now to learn more about AB DNA Testing here.

← Things That DNA Tests Can Prove
How Does A DNA Test Work? →