What is a court admissible DNA test? 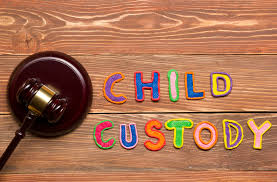 A judge may prescribe court-ordered DNA testing for legal reasons, such as establishing biological parenthood for a case in which an individual may be entitled to certain assets. These court-ordered DNA tests must be legal DNA tests that are court admissible. You may also desire a court admissible DNA test to prove maternity or paternity, establish your rights to custody, prove your innocence in a crime investigation, or complete the necessary steps for immigration.

These DNA tests can help the court decide about things such as custody, visitation rights, and mandatory payment of child support. Sometimes these tests are used for immigration purposes. Court-ordered DNA tests are often issued be the Office of the Attorney General of your state. In New York, DNA testing must be prescribed by a physician or legal entity such as a court, USCIS, or US Embassy or Consulate. At our lab, we have a doctor on the premises who will prescribe your DNA test for no additional fees, including on weekends.

It is important to note that obtaining court admissible DNA evidence for legal purposes is taken very seriously. Tampering with these results can result in serious fines and/or jail time.

What types of DNA tests are court admissible?

When we perform a DNA test, we usually collect buccal cells, or cheek cells, from inside a person’s cheek using a cheek swab made of cotton. If performing a paternity or maternity test, we will need swab samples from both the child and the alleged parent to be tested.

All of a person’s DNA put together is called a genome. When people are related, their genomes are more similar to each other than when they are not related. When we compare the genomes of multiple people, we are able to see how similar the genomes are. This is how we create court admissible evidence from a DNA sample for paternity, maternity, and forensic investigations. All of the DNA tests performed at our lab are court admissible.

After we perform the test and obtain the results, we will notify any relevant parties of the new DNA evidence for use in court in the form of a notarized document.

Contact us today to schedule a court admissible test appointment with the best AABB accredited DNA testing lab in NYC.