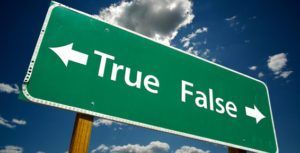 DNA testing is a helpful scientific tool used by physicians and scientists to check a person’s identity based on their DNA. That being said, there is some prevalent controversy surrounding DNA testing, which is why so many people are skeptical about taking a test themselves. To help you understand the process of DNA testing, we have debunked the most common myths and misconceptions associated with it:

Even though testing facilities can use blood for DNA testing, it is not the only method. Hair, skin pieces, saliva, and other body fluids can also be used to determine DNA. A basic cheek swab can be used to perform the test without any discomfort or pain.

DNA Testing Can Be Completed Within Hours

Sure, in your favorite criminal shows on TV, but in reality, the procedure can take 4 to 6 weeks before you receive the results.

Your Information Is Unsecure and Made Public 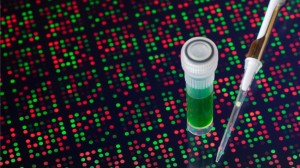 One of the biggest reasons why people hesitate to undergo DNA testing is because their personal information will be stored on a public database. Even worse, they are worried about the information being stolen by hackers. If you concerned about health insurance companies or employers having access to your to your results, you need not worry because federal law forbids this under the Genetic Information Nondiscrimination Act of 2008 (GINA).

In addition, you have the authority to decide who views your results. Only the personnel you authorize will be able to access your DNA information. Prior to sending your DNA sample to the lab for testing, you have the option of option of either making your information public or private. A majority of testing services use certified research facilities and labs that encode your data prior to entering it in the database, which helps protect it from malicious users.

DNA Tests Are Only For Males

Although it is true that certain tests are available for men (Y-DNA tests), there are other tests that can be taken by both women and men. There is a reason why Y-DNA tests are available to only men is because it examines the Y chromosome, which is genetically passed down from father to son. If a female wishes to learn more about her paternal side with the help of DNA testing, she could seek the help of a close male relative, who would have to take this type of test for her.

On the flipside, mtDNA testing is available to both women and men, since it tracks the mitochondrial part of the participant’s DNA, and this is passed down from a mother to her offspring, whether male or female.

So, if you have been putting off DNA testing out of fear of any of the aforementioned myths, you should know better now. If you want to undergo DNA testing for any purpose, contact us today to access the best DNA testing facility in NYC.

please call us at 718-701-0292 to schedule an appointment with the top DNA testing center in NYC.

← Why You Shouldn’t Opt for DIY DNA Testing?
Are There Drawbacks to Genetic Testing? →

* EVEN LOWER PRICE THAN HOME DNA KITS.
* NO HIDDEN COSTS – Collection kits, photography, and fingerprinting all included.
* 99.9% (OR GREATER) ACCURACY AND AABB CERTIFIED.
* FINAL RESULTS ARE PRESENTED IN A NOTARIZED DOCUMENT IN A CLEAR AND CONCISE FORM.
* ALL RESULTS ARE COURT ADMISSIBLE.
* OVER 10 YEARS EXPERIENCE.
* NO REFERRALS NECESSARY!
* FAST AND PAINLESS SAMPLE COLLECTIONS, USING BUCCAL (Mouth) SWABS.
* SPANISH, PORTUGESE, FRENCH AND CREOLE SPOKEN.