What is ancestry DNA testing? 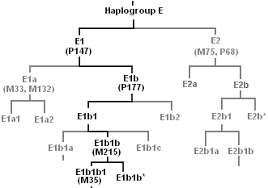 Many people desire to know their personal genetic history, even from before they were born. Ancestry DNA testing can play a part in understanding your history.

Ancestry DNA testing is the testing of your DNA to find out how much of your genetic makeup was inherited from certain parts of the world. Have you always been told you were part Native American, or mostly German? Now, there is a way to actually find out who you really are.

How does ancestry DNA testing work?

To perform an ancestry DNA test, we will first need a DNA sample. We usually collect buccal cells, or cheek cells, from inside a person’s cheek using a cheek swab made of cotton. This is a painless, non-invasive method of gathering DNA samples. After we have your DNA sample, we will remove everything but the DNA itself.

Each person has a unique set of DNA. All of a person’s DNA put together is called a genome. When people are related by ancestry, their genomes are more similar to each other than when they are not related. When we compare the genomes of multiple people, we are able to see how similar their genomes are. 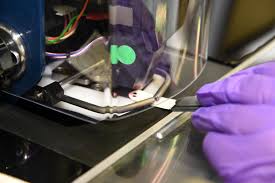 Because the human genome contains around 3 billion base pairs (different chemical structures that make genes), when we test DNA for ancestry, we do not test all of these base pairs. All humans, regardless of race or gender, share around 99.9% of their DNA with all other humans. Therefore, to test all 3 billion base pairs of a genome that is 99.9% similar to all other human genomes would be redundant. Instead, we look at specific regions in the genome in which most humans have different base pairs. It is the comparison of these differences that tell us where your ancestry is similar to that of other people from the same regions.

What kind of results can I expect?

We will be able to tell you what percent of your DNA has ancestry in certain parts of the world. For instance, one person may have DNA ancestry that is 21% Japanese, 13% South African, and 66% Spanish.

Keep in mind, though, that DNA ancestry is different than DNA heritage. Our ancestry DNA testing will tell you how much of your DNA was inherited from people of a particular descent, and not necessarily where your ancestors actually lived. This is why you may receive different ancestry results from your siblings, who may have inherited a different amount of DNA from the same people.

How do I pick a DNA testing lab?

Most importantly, you will want to pick a DNA testing lab that is AABB accredited, like our lab. In the event that some of your ancestry results could be used for legal matters (such as obtaining benefits for being a certain percentage Native American), you will need your results to come from an accredited lab. Courts will not accept DNA evidence that is from a home test kit or from a non-accredited laboratory.

Contact us today to schedule an ancestry DNA test appointment with the best DNA testing lab in NYC.