First and foremost, this isn’t a matter of immigration, favoritism for U.S. citizens, or any other form of discrimination. The price difference basically stems from the number of tests that must be performed along with the physical distance between familial members (international shipping and transport fees also apply).

The Basics of Paternity DNA Testing

When conducting a DNA test for paternity purposes, there are three basic individuals required: the mother, the (alleged) father, and the child. Whether these individuals are within the same city or across the country, there are only three individuals to test.

The Basics of Immigration DNA Testing

In many cases, when it comes to DNA testing for immigration, a U.S. citizen will be petitioning for visas for more than one family member. Even if the citizen is sponsoring one family member, the U.S. Citizenship and Immigration Services department will require maternity, sibling, and grandparents to be tested for accuracy of the DNA tests.

If more family members are being sponsored, then more tests will be required. Each test will raise the costs of the process. On some occasions, the same beneficiary will need to be tested several times for cases such as marriage, cousins being sponsored, and more. Each DNA test is considered for one relationship, so each relationship will be treated individually, which requires more tests for more sponsored individuals. 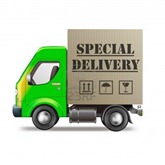 When a DNA sample is collected, it must be shipped to the DNA testing facility in New York City where the initial test is performed. When collecting DNA samples overseas, depending upon which country the family members reside will determine the cost of shipping the samples to New York City (or wherever the DNA testing procedure starts).

The more samples that are required to be shipped will raise the overall cost of the process.

DNA tests for immigration purposes is similar to paternity testing at its basic core, but due to the potential number of samples required and the distance over which the samples must be shipped, the cost can be significantly higher than for standard paternity tests.

If you have more questions regarding the cost or procedure for DNA test for immigration, AABBDNATesting is more than willing to answer them.